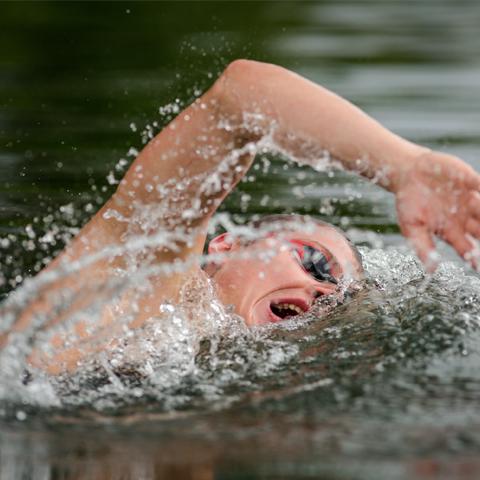 INSA Lyon supports its top-level sports students in their most extraordinary sporting achievements.

Pierre-Julian Pourantru, a 22-year-old mechanical engineering student, aims to swim the English channel with nothing more than a swimming cap, goggles and swimming trunks! The distance between Dover and Calais is 33.7 km as the crow flies, but Pierre-Julian will actually have to swim 45 km in a water temperature of just 15°C. The crossing will take place between June 30 and July 8, depending on the weather conditions.

The student’s project is backed up by an entire team. His education at INSA Lyon has been specially adapted according to the restrictions of his sporting agenda. INSA Lyon’s expertise in supporting top-level athletes attracts many a champion, and Pierre-Julian is one of them, listed 10th in the 2016 national elite ranking for open water swimming.

The Sports Centre, the Top-Level Sports Section and the Sports Society will help him to prepare both physically and logistically every day for 10 months. INSA Lyon researchers are also committed to ensuring the success of this project and have come up with data-collection technology for physiology experts. These sensors are an invaluable tool for the swimmer’s preparations.