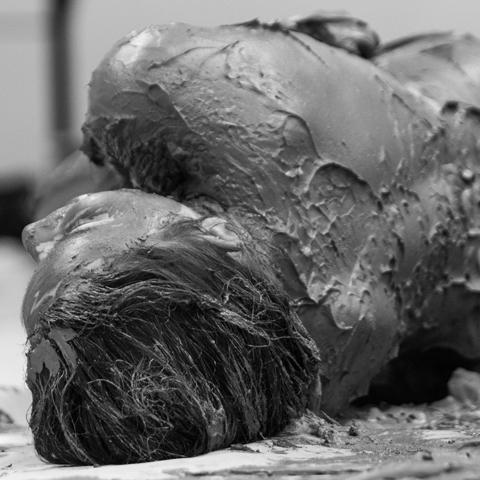 “Terres en-corps” is a choreography creation by the dance-studies section in cooperation with the LANABEL dance company.

It is part of an arts/sciences project on the topic of “raw earth as an ecological material” conducted throughout the 2016/2017 academic year.

An extension of the “Les pieds sur terre” project (2015/2016), “Terres en-corps” explores different types of earth: white, red and gray earth and clay-limestone fibers. It touches on a more physical and performance-related aspect in the body’s relationship with the material and with the territory. Embark on a journey between Africa and the West based on a common material: raw earth. Explore this ecological material by means of the dancing bodies and the powers of the imagination.

“Terres en-corps” was developed in partnership with the Maison de la Danse via an artistic itinerary conducted throughout the year with the Burkinabe choreographer Serge Aimé Coulibaly.

Two initial performances will be given at the Maison de la Danse, as a prelude to the play Kalakuta Republic by Serge Aimé Coulibaly. A second session will be held at the Astrée Theater on May 30 and 31, 2017.


Discover this event in pictures :