The first thing a director does is promote good ideas. This was the tone set by Joël Rochat when he took over at the helm in 1991. After graduating from the prestigious École Polytechnique, having majored in telecommunications, Joël Rochat worked for France Télécom for 20 years before submitting his candidacy as director of INSA Lyon, with plenty of fledgling ideas up his sleeve. “I lived in Nice at the time and did 40 round trips from Nice to Lyon to conduct my campaign. I had a few contacts at INSA Lyon. The elections were supposed to take place in July 1990, but they were postponed to the end of the year because the judges of the administrative tribunal were on strike. This gave me time to plough my furrow, and I had one advantage over the university candidate who was running against me: I had a career under my belt as director of France Télécom”, recalls Joël Rochat. “I was ‘overwhelmingly’ voted by the Board of Directors with a lead of one vote in December and I assumed my duties in January 1991”, declares the successful candidate wryly.

No sooner had he arrived than his managerial spirit leapt into action. Josiane Sacadura, who was still secretary to the director, remembers it well. “New Director, new organization, we had to readapt. Mr. Rochat reorganized the structure. He created director positions, departments, working groups with project managers. Working methods changed.”.

The then secretary-general decided to leave. A new department was created: computer-integrated engineering (GPR), run by Patrick Prévot, who had been involved in the creation of the IT department a few years earlier.

“When I created GPR, I didn’t want lecture theatres, I wanted a more educational approach based on project management and humanities, which have always been taught at INSA. I wanted to train autonomous engineers. With that in mind, I came up with a model based on the notion of joint projects, a comprehensive approach” ”, underlines Patrick Prévot, who was head of the department for 10 years.

It was an educational risk at the time. (In 2001, GPR became GI [Industrial Engineering], a section renowned for training engineers geared towards a project-centered culture.) One of the first main initiatives introduced by INSA’s new director, Joël Rochat, was the creation of a research director post. “There was a training director, but for research there was only an officer. I appointed Robert Goutte as Research Director, because although an engineering school’s vocation is to train students, we recruit teacher-researchers through research”, he specifies.

Robert Goutte, the then director of the Ultrasound and Signal Processing Laboratory (the future CREATIS laboratory), was in charge of matters associated with Raymond Hamelin’s research. It was therefore only natural that Joël Rochat turned to him to add another dimension to INSA Lyon’s research arm. “I went to Paris with Raymond Hamelin on the day when the Ministry asked him if there was a scientific committee at INSA. He managed to evade the question, but when we returned to Lyon we set out to create one. First of all, this gave us the opportunity to systematically review all of the research entities, because some researchers had been working for 20 years without ever reporting their findings! Afterwards, we carefully analyzed which lines of research could be scrapped or, conversely, which laboratories could be merged and which partnerships could be forged. In fact, this was what prompted the creation of the telecommunications lab (CITI) in 1998, with Stéphane Ubeda as director, at the same time as the Telecommunications (TC) department, INSA Lyon’s ninth department. These two creations were a matter of course as the telecommunications sector was booming” , emphasizes Robert Goutte.

Companies were appearing on the French market, keen to hire the right profiles, and thanks to Mr. Goutte’s intuition, INSA was able to meet market demand. But the details remained to be defined. “What type of engineers did we need to train? We contacted the major players in the market, France Télécom in particular, to find out what type of profiles they were looking for. There were already plenty of technicians who specialized in the area, but given the escalating needs, there was a lack of manpower to create new applications and optimize the operation of the equipment to support this telecommunications revolution. At INSA, we therefore added  « Services and Uses » to the name of the Telecommunications department”, specifies Robert Goutte.

In the meantime, a Humanities Center was also set up to group together the humanities teachers in a single location.

“In my mind, an engineer has scientific skills and at least as many human skills. From the outset, INSA was created to train students in a profession that is useful for society, and by setting up the Humanities Center, humanities projects emerged and forged new connections with the origin of the model. Each student had to carry out a study on a subject of their choice as part of the training program. It was a way of knowing what they were made of” highlights Joël Rochat.

Another new development was the opening of the first international section, EURINSA.

“Jean-Claude Bureau approached me about his plans to open up recruitment to European students, not just French ones. He suggested grouping these students together within the first cycle in a section called EURINSA.”

Bingo. The section welcomed its first students in September 1991, and inspired the creation of two further sections: ASINSA in 1998, then AMERINSA, in 2000. Research, international outlook, humanities and corporate relations. Joël Rochat managed to consolidate the pillars of the INSA model. His term ended after a further major accomplishment: the creation of a business incubator – one of the first of its kind in France. “I went to see Joël Rochat to suggest that we create this incubator. We drafted the statutes very quickly and were the first to launch such an incubator in France. He was the president of this innovation, which we called CREALYS, and I was the director”, recalls Christian Pillot.

“INSAVALOR had grown, including in terms of real estate, and I’m proud that I launched one of France’s largest incubators”, concludes Joël Rochat. CREALYS, created in 1999, still exists today and has taken on an even larger dimension. The « innovation accelerator » incubator, named PULSALYS since 2013, covers the areas of Lyon and Saint-Etienne. 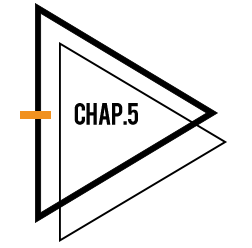 September 1998: Creation of the TC department

« In February 1998, the person chosen to create the TC department handed in his notice. Panic stations at INSA! The department was supposed to open just six months later. This is when the INSA management team asked me to leave Computer-integrated engineering – GPR (which later became Industrial Engineering – GI) to take up the torch, as they saw me as the right man for the situation. But I had just created the GI department and I wanted to continue developing the corporate educational building (which wasn’t to everyone’s liking...) particularly by continuing the creation and use of Serious Games. So I had the idea of calling on one of my former IT students, : Claude Guédat, who was an engineer at France Télécom. The deal was done and I supported him as best I could during the launch period. In 2002, during the graduation ceremony, Joël Rochat, Director of INSA, turned to me on the stage and asked me to give Claude Guédat on his behalf the degree certificates of the first year group graduating from TC. That was with most moving moment of my career. »
Patrick Prévot

Bobsledding for a day in 1998! Watch out ahead!

« 1 minute… the longest minute of my life. It all happened in 1998. I went to La Plagne with several members of the Acoustic Vibrations Laboratory who were tasked with carrying out measurements on the French team’s bobsled in the lead-up to the Winter Olympics. I went with them to carry out a report. At the end of our stay, Gérard Christaud, a professional bobsled pilot, asked us if we’d like to ride down the track in competition conditions. It was a unique opportunity so I said ‘yes’ right away! I made myself a neck brace out of foam due to my neck problems, then climbed into the bobsled. The professional pilot was at the front, I was in the middle with my colleague and behind us was the « brake » who was in charge of braking.

We started our descent... we took one turn, then another, reaching 134 km/h in next to no time! I felt as though I was going to be thrown out at any time! It was very noisy and I couldn’t even look around me any longer. It was all very violent. When we arrived at the bottom, it took me ages to relax as my hands remained tense for several minutes.
I’ve experienced some wonderful things during my career at INSA, but that minute in particular made a lasting impression on me! It may have been by chance, but that year the French team won the bronze medal in the « 4-crew bobsled », event, with a bobsled decorated in INSA colors!” »
Patrick Pinsard

To find out more, click on the video below.